I've been thinking more about my upcoming "Hero Hunters" campaign, and I realized that I need to start working out some house rules to make this work in a way that I'll be happy with. I need to work out some ideas for how to do the various missions and jobs my mercenary team of villains will be undertaking, while at the same time coming up with other ways to reward/encourage the "right" kind of behavior.  Naturally, I could always use a "stick" to punish the players who stray to far, but I'd rather given a reason to do things the right way.

First, I need to define what is the "right" way. I want the players to be a combination of gloating, over the top Super-Villains and cool and professional bad asses. As such, I've decided to implement a "Rep" score for the game--technically each PC would have their own Rep score, but since they're a team it should effectively end up being the same for all of them. In general, Rep is a broad social stat that informs how well they are known, and how feared/respected they are. Of course a big part of this is how "professional" they are--they're not supposed to be the Joker, trying to kill thousands, but instead Deathstroke (or, more accurately, Parker). In addition, it determines what kinds of jobs they can get, and how much they can expect to get paid. 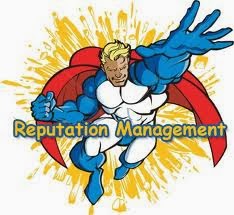 So, stealing a bit from Mechwarrior, I've decided that the Rep score is made up of a number of points. Each threshold gives the players a different letter rating. This letter rating determines the players general standing in the mercenary/Super-Villain community.


The players rep score can change the following ways:


Super-Villainy Modifiers
Meta-human Modifiers
Unmasking--I'm stealing this from Aberrant. One of the "traditions" of the meta-humans in my world is that they generally don't like to fight to the death. Instead, victory is accomplished by beating a foe to the brink of death/unconsciousness and ceremoniously "unmasking" them, those depriving them of their power and status. Those who are so unmasked are forced either out of the "game" or they must come up with an entirely new costume/make/theme.  They can not reclaim their old without defeating the one who bested them. Attempts to do so are met with scorn and derision.