I'm currently working out a new Chronicle for Vampire: The Masquerade. The intent is for this to be an online solo game for an old friend of mine. He has specifically asked for an "old school" type game. Which, to me, means the following:

* Focus on personal horror specifically, but also on the character in general. The story is limited, and personal.

* A sense of isolation and paranoia.

* "Low level" both in terms of general game mechanics (few, if any Vampires will possess high level Disciplines) as well as the stakes. The city is not about to be taken over by the Sabbat, nor are the Antediluvian due to arise at any moment. The story will be more focused on saving the characters ex-girlfriends child from a cult than saving the "Last Daughter of Eve" or the like.

* War of Ages is in full effect--the Elders resent and fear the neonates, and neonates are frustrated by the Elders brutal repression. With nowhere to flee and nothing to fight, the children of Caine turn on each other in a violent dance.

* Sabbat are rare, and terrifying. More bogeymen than "rival sect;" they are more creatures of desperate rumors and fear than a constant force.

* The other denizens are Lupines, Wizards, and Ghosts--not Garou, Mages, or Wraiths. The other WoD books are a minimal or non-factor.

* 1st Edition rules. Bureaucracy is a core ability,  Guns use Perception, not Dexterity. And Celerity it broken and overpowered.  Botching, though, is "fixed." Since, this was one of the first house rules we ever applied.

* Learning out of clan Disciplines is hard, expensive, and special.  Doesn't matter if it's Potence (or Potency)  or Protean--if you don't have it in-Clan, learning anything new is going to be difficult. Do not fight a Brujah in a stand up fight.

Given that, I know I want an old city, probably one that is relatively declining. And I mean that not to insult any given city, but I don't want one facing the explosive growth of, saying, the American South. I do want a city set in America, as well, an American I have a generally better sense of how they work, and feel I can make it more "real" than a non-American one. 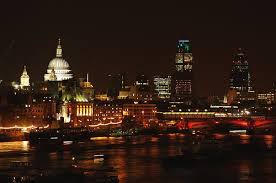 Anyway, I also want a city that is fairly isolated from other major centers. So, the North East megalopolis is out. But, I also don't want one that is so utterly isolated that any new arrival would inherently be a huge deal--so, no Anchorage or Honolulu. Right now, I'm thinking of the Twin Cities of Minneapolis and St. Paul in the state of Minnesota. The two have an interesting dynamic, some excellent architecture, and a cool history. I still have a lot of research to go through--Wikipedia only goes so far, after all. But, I like the idea of a fairly isolated urban area, with two Princes causing havoc for the Kindred community. I don't want them fighting for supremacy--instead, I want them to be rivals.  Right now, I think I want the Prince of St. Paul to be a powerful elder with a very, very high Auspex who leads a religious cult, of which she is the "Oracle of Lillith." Malkavian would be too obvious, so I'm thinking Toreador. The Prince of Minneapolis is very, very young--far too young to be a Prince. He is less than a decade old as a Vampire, and no one is quite sure why he is the Prince. Sure, he's fairly competent, at least as far as the Elders are concerned. But, no one really wanted him to be Prince or supported his bid for power...things just, sort of, fell into place and one night he was Prince. Initially everyone thought he'd have a brief reign until either an Elder or an Anarch took him out, but he's managed to hang on.

Perhaps most surprising, even HE has no idea how he became Prince. He certainly had no desire for it, just one thing led to another and now here he is. He's pretty sure that someone, something is playing him, but he has no idea who or why, or even how. In the meantime, he's doing the best he can to keep things in check, but every night forces him to make harsher and harsher decisions, and all to what end?

Anyway, that's where I'm at now. Anyone have cool advice for a Chronicle set in this area, or for a dueling princes game?
at August 08, 2015