I haven't had a lot of time for Solo gaming lately. Given that what little free time I've had has been taken up with some standard gaming, this is a bit of a humble brag, but I still miss Solo gaming. Given that, and my current thoughts for how I'd like to run a Dark Ages Chronicle, I've decided to go ahead and generate a setting and get a game going. 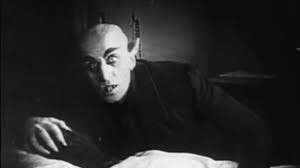 I've talked a bit before about how I generally like to get a Vampire Chronicle going, and I'm going to follow that outline in a general sense. I have a few vague ideas for a game. Part of the Long Night idea I had is to play up the isolation and ignorance of the world, and so I want the physical setting to be somewhere equally isolated. Really, any town could work for this, as I see medieval travel as being so dangerous for vampires as to be almost unheard of. But, I think I'll go with an actual island, just to emphasize this element. Secondly, I know I want to play a Nosferatu. Partly to play the "monster" and isolated part, but mainly because I really dig Nosferatu and have never really had a chance to play one before. Here's what I have so far:


General Overview
Theme Isolation and Control. The game takes place in a socially and physically isolated area, and in proper "Long Night" fashion, our character can only know what knowledge his "betters" deign to share.  As a result, his mind is as thoroughly controlled and limited as his body.

Concept Character is the new “low man” on the totem pole, trying to find his way in a claustrophobic world.

Setting
The game takes place on the fictional island of Annwyn, a small island in the English Channel. It is fairly well populated for its size, and contains one decently large town, Gwydion, and a handful of villages.

To the northwest lies the Benedictine monastery of St. Collen's.

The Cainites of Annwyn tend to congregate just outside of town, in the limestone caves that dot the hillside.

Saint Johns is the major stone structure in town, and the center of mortal life and interaction.

The Mound Fortress just outside of Gwydion is the major fortified site, and the seat of Lord Peter's rule.

Old Man and the Scythe is the largest tavern on the island, near the port, and the most welcoming location at night.

To the north of Gwydion lies the remains of a once expansive Roman villa, now ruined and mostly buried by growth and age. It once had a small Christian shrine, which is used by the Cainites for their own services.


NPC's
Prince Arawn is the Nosferatu lord of the land, and his rule dominates the Eastern half of the island. He is a follower of Christ, and teaches his children that they are God's chosen. He claims that each was a sinner as a mortal, and thus was doomed to Hell. Only his intervention granted them a reprieve in the form of undeath. Their duty is to test and harry the mortals, to improve them in the hope of saving their souls. Those that fail are often killed in a horrible fashion, in the hope that scouring the flesh will aid the spirit.

Arawn claims to have been saved by Joseph of Arimathea, and was turned into a vampire by the Cup of Christ. According to him, he and Hafgan were two ruthless slavers, pagans, and murderers that Joseph hoped to save. Hafgan, however, forsook Christ and threw his lot in with Satan, and now seeks to destroy all good Christian folks.

Others Hafgan resides mainly on the western side of the island, concealing his small brood from both mortals and the few Lupines who still swell on the land. He is a pagan, and follows the Old Ways, especially the Path of the Beast.  Arawn and his childers mastery of Obfuscate means that he is only vaguely aware that others exist on "his" island, but he is currently planning to move his brood to Gwydion for safety, and a conflict is sure to erupt.

Sir Peter is the current lord of the land, but unsatisfied with his paltry inheritance. He is often away seeking battle for battles sake, leaving the land in the hands of Brother Cafell, a diligent Benedictine.

Well, that's about all I have for now. Normally I'd start working on the first story based on the setting and theme, but since this is a Solo game, well, things are a bit different. The first story will emerge naturally out of the character I choose to play and the results of random rolls. So, my next step will be to create the character I'll be playing, and then creating some additional NPC's based on what I come up with.
at July 12, 2016