I've started up a new Vampire: The Masquerade chronicle. I decided to do something a bit different, at least for me, and to run it as a Sabbat game, as well as running for the first time via Roll20. I've run a few games over Roll20 before, and played quite a bit more, but never a full Vampire one.

It has been quite a while since I last ran Sabbat. Generally, I'm not a huge fan of this group--it's an odd combination of both too complicated (juggling different Paths) and too simplistic. The Pack focus leaves the players emotionally and socially isolated from the wider world, which limits the kinds of stories I can tell, and the hyper-violence rapidly gets boring for me. I had thought I had found a way to square this circle, but expanding the Pack beyond the immediate circle of players, and really focusing on its role in the wider world. I had though of a chronicle similar to the TV series Sons of Anarchy, where the Pack is the main character, and conflicts within the Pack are the source of most of the drama. One could easily see this as any great family (or "Family") drama or soap opera, where one may disagree with or even hate fellow Pack members, but one is inherently attached to these people. As such, betrayals and lies could be even more painful, as they come from within.


I previous posted my ideas for the Pack here and here. My idea was, in theory, pretty simple. I had a strong over arching "plot" for the Chronicle, that would unfold slowly over time. The players would create the Pack they wanted to be part of, and most of the initial stories would unfold naturally from their choices, and reactions to it. The main action would be driven by player choices, with the overarching plot only being revealed slowly over time.

Nice in theory, but my players blew it up before the game even started.

Rather than playing neonate Sabbat and members of a large, dynamic, and complex organization, they wanted to go rogue. They wanted to play pure monsters and diablerists, hunting, killing, and consuming other vampires in a mad combination of power-lust and delusional self-righteousness.

If this had been one of "standard" games, I probably would have stepped in and directed things in a more positive direction. But honestly, I've never found Roll20 an effective venue for subtle or personal stories. The relatively awkward social interface of playing online tends to work better for more mechanical games, and so a high octane, horrorcore game of ultra-violence could work. Plus, it's a style of game I've never run, and I do own both of the Diablerie adventures, so...

So, yeah, my idea of complex tales of love and betrayal among monsters was out the window, and my players are on the hunt. Anyway, here are the characters: 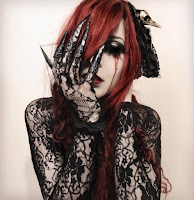 Dewati "Deedee" Shrestha/Kali (Caitiff). The beautiful daughter of Napalese immigrants. She ran away from home as a teenager, and got mixed up in some drug fueled cult. She was "chosen" by the cults gods to join them, and she was meant to become a Nosferatu. But the "curse" didn't take, and the vampire who had embraced her hated her for this. They did everything they could to "make her perfect"--fire and acid and all manner of torture. But she survived. Driven by a vision of Kali, she fled the cult and is now on a quest to liberate the world from all would-be despots. 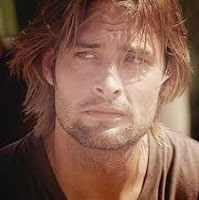 Chester (Malkavian). A small time hustler, gambler, and cheat, Chester lived an uncertain but enjoyable life. But, he kept seeing the same strange man around, at various backroom casinos and pickup card games. The man was weird, always mumbling to himself. Most of the time, Chester could ignore him. One night, his mumbling and antics threw Chester off just enough that the house noticed his schemes, and he ended up broken and beaten in a back alley. The stranger came to Chester, saying that this was the first time that they had "aligned" and that it was time for Chester to walk the path that had been foreseen for him, and embraced him. Chester refuses to follow anyone else's plan, and relies on a die to determine which path he will follow next. The only constant is his desire to find the bastard who turned and seeks to control him. To find him, to hunt him, to kill him, and to so free himself. And not just his sire, but anyone who seeks to contain him. 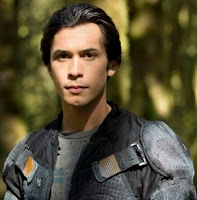 Masaru (Brujah). Masaru's family have always been hunters, working in small teams throughout the world, tracking the monsters that stalk the night. He was young, but he was good, and had hooked himself up with a tough and effective crew. But they bit off more than they could handle. They thought that had taken out the "nest" in the town, and were relaxing and celebrating their well-fought victory over the undead. But that night he and a few others were grabbed, and turned into vampires. In their initial bloodlust, they were turned loose on the rest of the crew and destroyed those they had just fought with. Of the three, one couldn't handle the horrors he had done and committed suicide. Masaru was going to join him, but the third, a priest names Julian, so relished the change that he had to stick around to keep him in check. After a year of being the "Packs" attack dog, Masaru finally faked his death and escaped. Now he's on the hunt for Julian, the Pack, and all the demons who plague our world.

So, these are my crazed diaberlists. Can't wait to see if they survive, and how close they come to destroying the world in their war.
at October 05, 2017