Following from the last scene, Metal Angel flies off to confront the robbers.


The fight against the villains went poorly for our hero. So, let’s see what happens next. Our next prompt is The Wheel of Fortune. 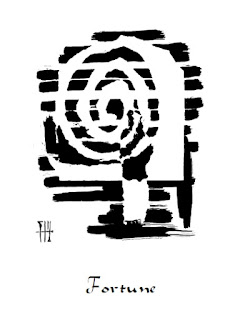 Here comes a big breakthrough, the unexpected luck - a new self-realization, the personal destiny. Whirling energies and the effect of the incalculable factor brings the hazard, something new, we call it fate. It can be a sudden change of fortune that overturns the established pattern of life. This is part of the unconscious personality and we only become aware of them through their outward effects, which feel like fate, yet which spring not from some external power but from within the depths of the soul. The wheel is constantly moving, but the center is unchanging - essence of source.

To fill in the details, I again turn to the Loom of Fate. For this Post, I am using the “to Conflict” odds, which are slightly different than the “to Knowledge” ones I’ve be using previously.