Apparently, flat Earths are a pain to map

As I mentioned in the last post, I needed to find a proper map for the flat world I'm creating.  While the World Builder's Guidebook does come with a variety of a nice maps, none of them were exactly right for what I needed--which is basically just a blank piece of hex paper.  The closest the book has is a hex map with a large "key area" on the side, taking up a decent chunk of space.  I just need a plain one.

I'm slightly ashamed to admit that I do not have a pad of these laying around.

So, I had to poke around at a couple of sites.  There's a number of places that supposedly offer free hex maps, but a lot of these need to be installed and/or don't print cleanly onto 8.5 x 11 paper.  Also, I'm lazy.  So, I went to Incompetech and they were able to get me exactly what I needed.

Now, I can't load it, since their site produces the map as a pdf.  I suppose I could track down a converter, but for now we'll just go with it off line.

Now, the next step per the WBG is hydrology.  Again, my flat Earth is giving me difficulty, but nothing I can't overcome.  See, the WBG determines water to land ratio by assigning values to different map sections.  The default map is broken into convenient triangles, similar to a d20.  I don't have this luxury.  I also see that I'm going to need think about climate bands.  As a flat world, climate can be wacky, but I'm sticky to the "keep it as Earth like as I can, unless I come up with a cooler idea", so I'm going to tackle both at the same time.

First, I sketch a dotted line through the middle of the map to represent the Equator.  A quick web search tells me that the Tropic of Cancer is about 1600 miles from the Equator.  My hexes are 500 miles each, so I'll round that to 1500 miles, for my own convenience   Now, on Earth, the distance between the Tropic of Cancer to the Arctic Circle is about 2,967 miles.  Which I'll round to 3000 miles, or 6 hexes.

Now that I've got my major lines of Latitude in place, I can divide the map into 20 pieces.  First though, I scanned and saved my map with with the tropics.  Looks rather like this 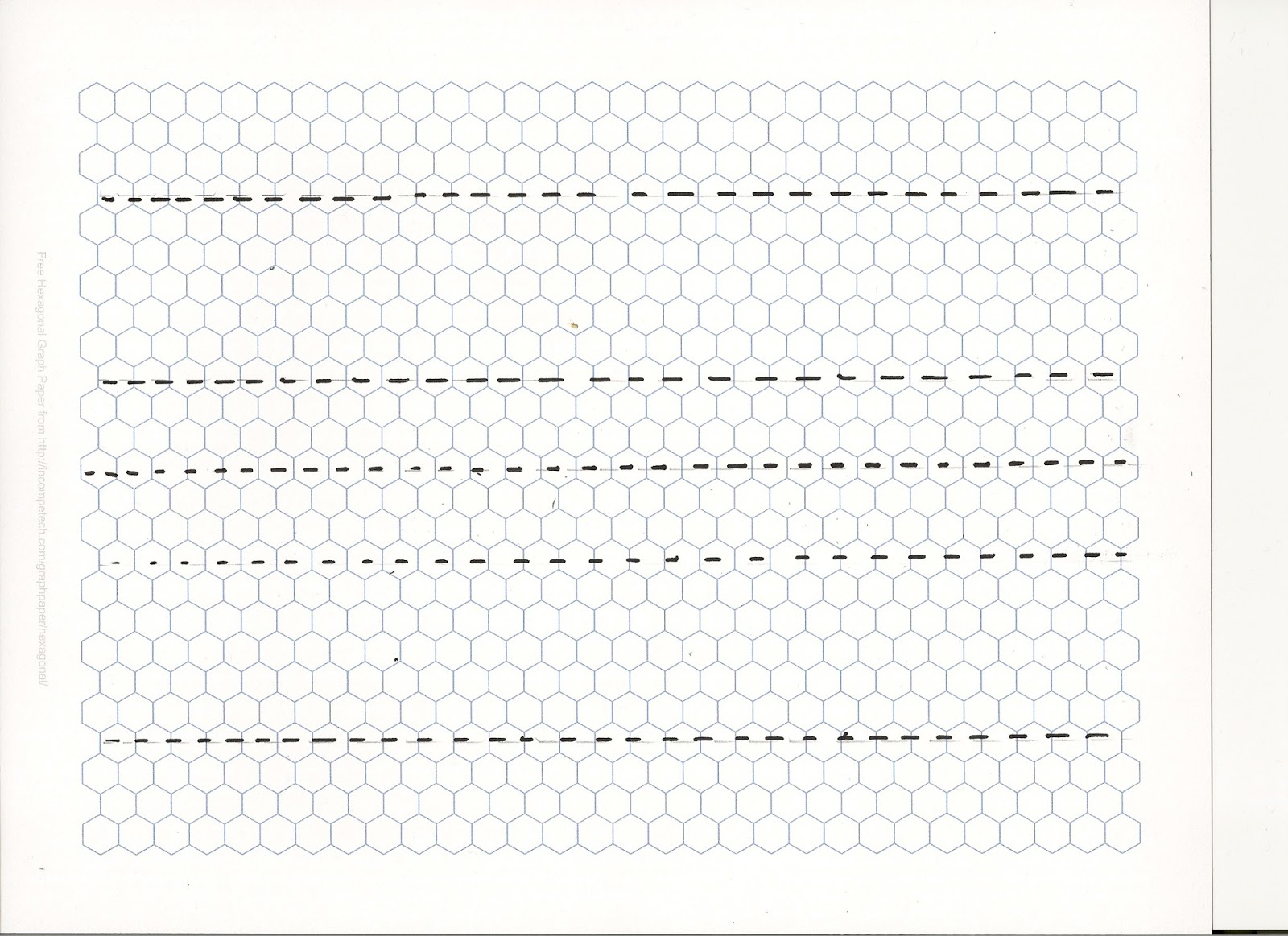 So, now I'm just going to make some very faint lines to divide it up to the 20 sections I need. Now, back to the book, there's a nice chart for Water to Land ratios.  I want a mix of water and land, but I'm not too picky about the exact break down, so I'll roll.  I get a 62, which puts me at a 60% Hydrographic percentage.  Not to shabby, and close to Earth (or at least as close as the chart allows--it's either 60% or 80%, so it's fine).

Now, those 20 sections are divided into relatively broad types--either all water, all land, or something in between.  Here's how many sections I have of each:

Water: 2
Water/Minor Islands: 4
Water/Major Islands: 5
Water/Land: 4
Land/Major Seas: 3
Land/Minor Lakes: 2
Land: 0
.
Because most of the world is water, I'll be placing continents, not seas.  I have 9 areas that are at least 50% land, so that's what I'm playing with.  I'll have 1d6 continents, each of which is 1-8 regions in size.  I rolled a 4, so four continents.  The first one will be...apparently 8 (rolled an 8 on a d8) regions.  This will give me pretty much one super-continent.  Something like Pangaea...which could be interesting.  I've never been in a game with a super continent like that before, and it does have a nice symmetry with the Flat Earth idea I've been going with.  At the same time, it pretty much precludes a New World, or distant lost lands.  Then again, I do have some Major Islands (per the WBG, similar to Indonesia) to spread around if I need distant invaders or sea going explorations.  I'll need to think about this before I go any further. In the mean time, here's my map with the regions sketched out. 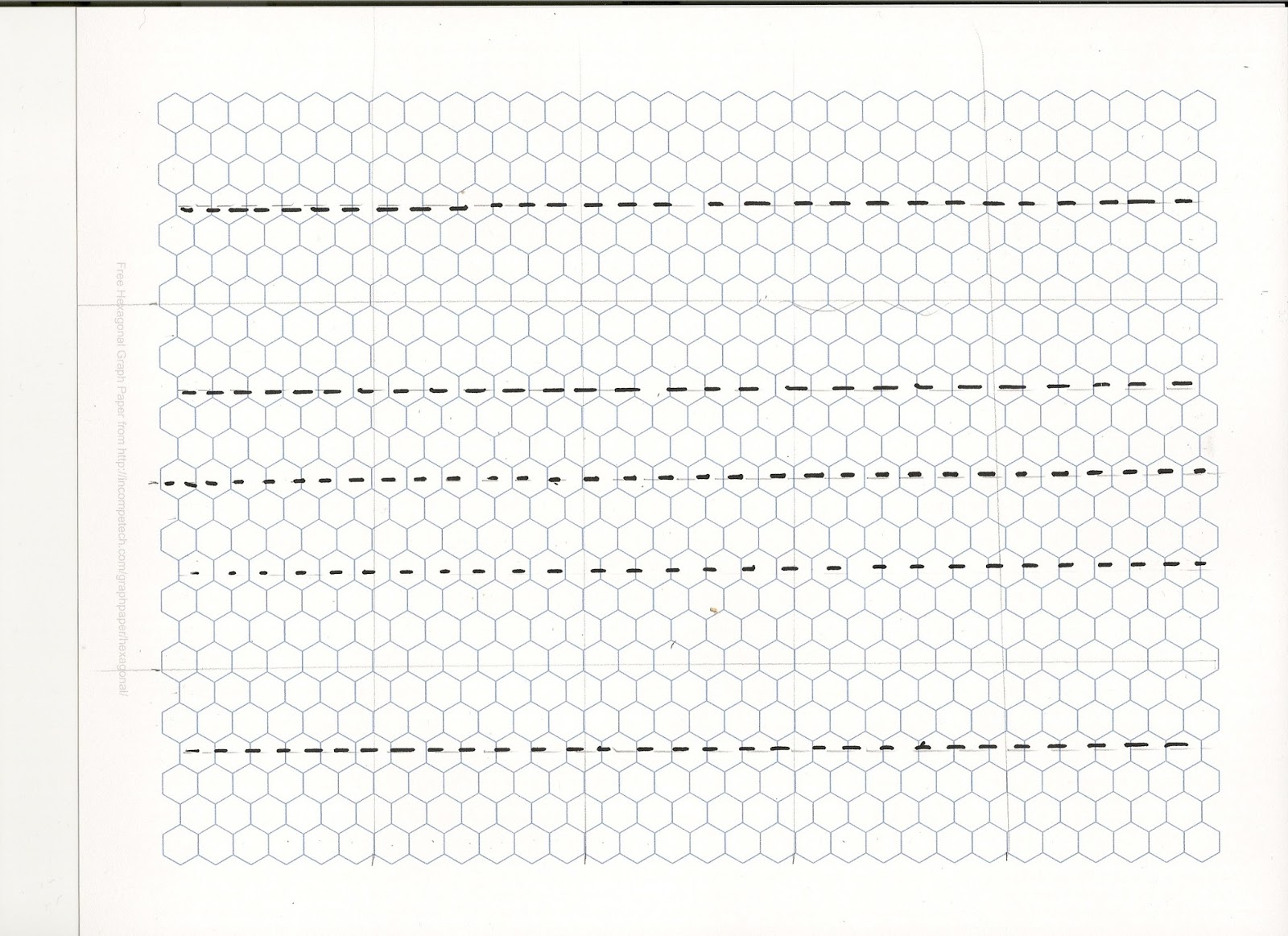