Having finished reading Transylvania by Night as well as the first book in the Chronicles, I’m stuck thinking about how I want to approach this series. There are multiple different ways to do the “Redux”, from merely the slightest of tweaks to full scale rewriting from the ground up. Not to mention the issue of just how much I would like to add or subtract. 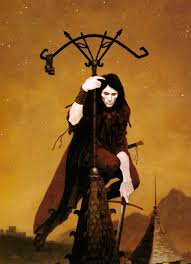 I’ve decided that I really want to do as minimal a change to the Chronicles as possible, at least initially. Of course, once I have a coterie playing through it, additional changes will be inevitable. One of my problems with the Chronicles is how generic it all seems and one thing I’d really like to do is to customize as much as possible to reflect the Clan, Road, and Concept of the characters as well as the play style and interests of the players.

The main thing I want to add is decisions. I’ve long held as a maxim that “the game doesn’t truly begin until the players can make meaningful and informed decisions.” Now, this doesn’t mean the players need to know everything (where’s the fun in that?) or that each action they take needs to be full of world altering meaning. It can be as simple as picking a door. Choosing between two identical doors is a decision, but has no meaning or information. Have one door being stoutly locked and the broken and weathered? Now there’s some information that the players can use to choose. Let them know they’re after captured peasants and the bandits holding them are larger and better equipped than the players? Now they have to make some real decisions. If they can’t make a real decision, then the game isn’t really happening--and truth be told, those scenes shouldn’t really be played through. The Prince ordering the coterie to do a given task, and they have to agree? Just narrate that or fill it in as background “The Prince has ordered you to do X, and so you head off into the barrens to find Y.” If the players can negotiate for better pay, or get more information or assistance, or just have a valid option of saying “no” then, fine, play it out. Otherwise, skip it.

Part of any given decision though lies the possibility of making the wrong one. If the players need to find a magical thingy, and that thingy will be behind either door then, well, it only appears to be a decision. They need to be able to pick the wrong door, and live with the consequence of that decision. And this is one of the issues I’ve always had with many “epic” or “mega-adventures”--the assumption the game needs to move forward is that the players will always “win” (unless they must “lose”), and so as such their decisions, if any, are ultimately minor or purely symbolic window dressing. I understand this is, to an extent, a necessary trope in this style of game, but I’m still unhappy with it. So, I’d like to try and come up with various decisions points as well as the possible the players might “crit, succeed, fail, or botch” at any one of these points.

As an example, say the players need to fight a crowd of pissed off townsfolk. I could just have it be pass/fail--they win the fight or they die. Naturally, I don’t want them to die in such a battle, so as the Storyteller I’m more likely to pull my punches. But this has the side effect of making the fight meaningless, and therefore pointless. So, instead of thinking it in terms of live/die, I might think of it like this:
Crit: Players are able to calm/defeat/escape the peasants without risking the Silence of the Blood and defuse the situation enough that the peasants won’t bother them again.
Succeed: Players are able to calm/defeat/escape the peasants, but in the process reveal their power. The peasants will leave them alone, but now others are aware of the players actions, and probably unhappy.
Fail: Players are barely able to survive the encounter, and likely lose much of their clothing, wealth, or other equipment in the process. Other are aware of them and downright pissed.
Botch: Peasants beat them into Torpor, and the whole thing threatens to set off another round of Witch Hunts. The worst person possible rescues the characters corpses. and the penalty they will exact will most likely make the characters wish they HAD died.

Of course, the players could come up with a variety of tactics I’ve never thought of, but having a rough idea of how things could go allows me enough prep to wing it when chaos inevitable erupts in a pre-published adventure.

The other issue is how much to ADD to the Chronicles. The Transylvania Chronicles consist of four books, each containing 3 “Acts” or adventures. If you play for 4-6 hours a session, you can probably complete any given Act as written in a session. If you play once a week, you could probably wrap the whole thing up in about four months -- assuming some run over to multiple sessions, and some sessions are missed due to work, school, family, illness, and other life events. There’s also plenty of opportunity to expand on each Act, and the books include numerous ideas for how to do this, thus turning each Act into a two or three session (or MORE!) adventure.

Then, there’s the time issue--sometimes almost a century will pass between Acts. More than enough time for all kinds of amazing adventures, dealing with the characters personal lives and their own goals separate and distinct from the Chronicles themselves. Even if you add only a few of these within each book, and each “little plot” takes only two or so sessions to resolve, well, the game can quickly sprawl from a four month game to a multi-year one.

And that’s a bit much for me. I’ve been in few games that naturally lasted multiple years; all of them developed organically. The GM had an idea for a story and setting, we began playing, and god help us, we just couldn’t stop. Those games that were intended to be two or three years always fizzled out due to lack of interest. Generally, I believe, because the GM maintained that you had to play for a good year or so before the big twists began happening and the important stuff was revealed. Without the pressure of pacing for multiple years, the briefer ones could focus on the cool stuff now and develop at their own pace.

So, given that, I kind of want to stick to the Chronicles as an “awesome mini-series” event, rather than a planned 5 seasons of a network TV show.

So, here’s my rough plan for how I’m going to go forward. First off, I probably won’t have much commentary for the various additional parts of the Chronicles--the maturation rules, the down time, the advice, etc. I’m going to focus on the various Acts themselves. Secondly, I’m deliberately not reading up on any online playthroughs or other GM’s takes on the Chronicles. There are a few out there, but I want this to be my own initial thoughts. Afterwards I’ll go through those, see if other had similar opinions or if someone else came up with a different or superior solutions.

Which they will undoubtedly have.

Thirdly, I’m going to try to stick to the following format: Summary (in which I briefly go over the events of each Act), Key Factors (for things I believe HAVE to happen to keep the game flowing the way the initial authors’ intended), Initial Response (for my rants and thoughts and issues with the Act in question), and finally my purposed Fixes (for how I intended to run it going forward). I will not be reading too far ahead, as I want to deal with each Act “as it happens.”