One of the things I’ve wanted to do for a while now is to go through and compare and contrast the various editions of Vampire: The Masquerade from 1st Edition through V20. Well, with the recent announcement of a forthcoming 4th Edition, now seems as good a time as any. For now, this will only be focusing on the core books for each edition. Other, far better writers than I, have already gone through a lot of the supplements. I recommend checking out Read the Damn Book’s reviews and analyses of the various Clanbooks.


Now, the first question is, where do I start? Each edition had it’s own format, and they rarely agree with each other on what should be where. For example, here’s the Chapter listings: 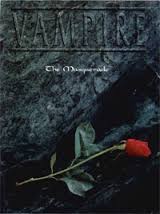 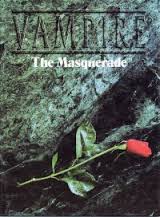 For now, I’m thinking of going through it Book by Book. I haven’t really read all the editions carefully in quite a while, and it’d be nice to really go through them, and not just rely on my memory or quickly looking up various things as needed. If I went through it chunks, I might miss out on somethings. But, if I go through it book by book, I might miss out on very subtle changes which might become far more apparent if I focused on just those?
at August 12, 2015