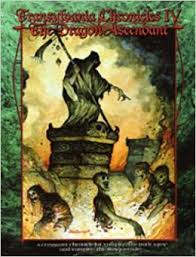 Summary: In 1897, the characters learn of the recovery of a long lost tome dedicated to Kupala. A deranged and vengeance obsessed Ravnos named Vladislav has shared the information with various interested parties--Camarilla, Sabbat, and Dracula. A fourth faction of mortal hunters and scholars also involve themselves, and learns of Vladislavs scheme, and attempt to retrieve the book themselves. The characters arrive in Vienna, meet with their old friend (?) Nova Arpad, present themselves to the Prince of Vienna, and begin their investigation into the book. After various inquiries, the players learn of strange goings on in a nearby cemetery, When they investigate, they see a Sabbat mass creation rite. Or, it would be, if not for the intervention of Mitru the Hunter, who has slain the fledglings, and is in Vienna for the book himself. He heads to a Cathedral where the book and the Arcanum are located, secured behind stone, Faith, and magic.  The characters by force or guile retrieve the book, gaining valuable information and leading to the final Act of The Transylvania Chronicles.

Key Factors: Get the book.

Initial Thoughts: This is a really solid adventure! The Summary I posted does not do it justice. The characters have a solid reason to travel to Vienna, there’s a nice mix of social scenes and investigative one, as well as plenty of combat and action. And the players get to DO something and be active throughout the Act, with only the most minimal of “powerful NPC talks to you about what you need to do.”

And unlike some previous Acts, this one builds up to a really fantastic set piece ending. The Cathedral where the book is kept is a damn fortress the players need to crack, with a ticking time of “dawn”--for once day strikes, those mortals are taking the book and are out of the damn city. It’s a tough nut for a vampire to crack, guarded not only by intelligent and prepared mortals, ready to face off against the undead, but also by the inherent True Faith.

On top that, the Act finally starts considering some of “other” rules that are rarely brought up--Frenzy, Rotschreck and Paths, which is nice to see them finally get some attention in the game.

Fixes It’s a pretty solid Act, I’m not sure what I would do to “fix” it or resolve it.

I’ve noticed that, since Act VI, that’s become more and more of a response from me regarding these Acts, good or bad. Part of this is because the writing of these later Acts has improved--I may have issues with some of them, but in general they’re better written than some of the earlier ones. Part of it is because the authors have finally acknowledged that the characters aren’t rank neonates to be ordered around, which even if you’re playing neonate isn’t fun, let alone when you’ve been around for two hundred years and are a Prince.

But, part of it also is how much they’re leaving out in these adventures. Often times the exact motive of the characters, certain NPC’s, and other details are left “up in the air.” For example, exactly WHY the characters are in Paris in Blood of Tyrants is left purposefully undefined. It’s up to the Storyteller and the troupe to come up with why they are here. Likewise, in Act X, exactly what the characters do with the book are left undefined. There are certainly ideas presented, but it’s not “official.” 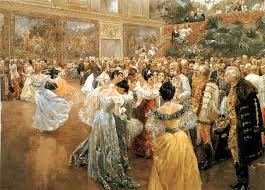 On one hand, this is necessary. As the Chronicles have gone on, more and more uncertainty is added to the proceedings. Are the characters Camarilla or Sabbt? Are they in “good standing” with their Sects, or rogues? Are they on a Path of do they follow Humanity? Even their “power level” can’t be determined with an degree of accuracy. One group of players might have numerous side stories, allowing them to accrue significant amounts of experience and maturation points compared to a different group that played the Chronicles “straight.”

On the other, it is a tad bit of a cop-out. One of the reasons for purchasing the Chronicles is to have a ready-made Chronicle ready for you to run, and having to generate additional content prior to them being playable is frustrating. It’s not so bad in Act X, where you really just need to tweak some stats based on how good the characters are in a fight, but Act IX it was a bit much.

Then again, it could be a matter of the authors creative freedom. In general, the stories that focus on Kupala are just more interesting than the ones focused on Kindred history. Probably because in the later, the players are forced to the sidelines so things can unfold the way they must. Whereas with the Kupala, the authors can have a little more fun.

None of which explains Dracula, though.

All in all, though, this reminds me of Twilight of the Graverobber and I’d run it pretty much as is. The only change I’d HAVE to do, not knowing anything about the players or characters who or may not show up for this Chronicle is, is to emphasize the change in travel. The Orient Express began service in 1883, and after centuries of traipsing around Eastern Europe on horseback, it must have seemed a miracle. The ability of these Lords of the Night to travel quickly, safely, discreetly, and comfortably is a change that must be emphasized, especially since the next Act takes place in the era of luxury automobiles and private jets.  Take a moment and let the characters enjoy the wonders of the Industrial Revolution.

Can they fail: Yup, which is another one of the reasons why I like this Act. Even if they fail to storm the Cathedral, the adventure can keep going. The various factions still want the book, and the Arcanum will be on the run. Finding them and retrieving the book from rivals and clever mortals will be difficult, but still makes a great fodder for an adventure. And, even if the players do fail completely, there's enough justification that, in the years to come, one or the other faction will approach them with the necessary information, as the players are, after all this time, quite possibly the best positioned to make use of it.