Let’s Compare the different editions of Vampire: The Masquerade
Disciplines

Ah, Disciplines, the "fun" part of the game. Why bother playing Vampire if you don't get to play around with crazy and bizarre supernatural powers? Normally, I wax a bit philosophical before getting into the "meat" of any particular issue, but this time it's all about the mechanics and the fun. 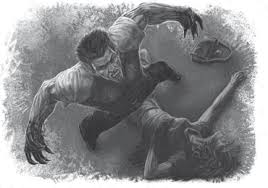 One thing before we get started, though. In the earlier editions, the Disciplines weren't all published in the base book; most of them were scattered throughout various supplements. I've tried to stick with some of the more or less "core" disciplines, and only those of the the modern/non-Dark Ages Kindred. In addition to the various "core" books, here's the sources: Players Guide, 1st Edition, Players Guide, 2nd Edition, Hunter's Hunted, Dirty Secrets of the Black Hand, Players Guide to the Sabbat, and Storyteller Handbook. Also, the various changes to Paths and Rituals are a bit outside this particular post. 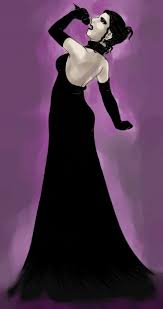 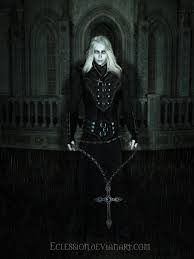 Thaumaturgy
Vicissitude
Visceratika
So, what, if anything, can be determined from all these changes? The first thing that strikes me is how relatively minor these alterations are. Sure, a few got overhauled over time--I'm looking at you, Necormancy--but most remained essentially the same. What changes there are I'd break up into three main categories: changes based on balance and play testing, changes based on making a Discipline (and their associated Clan) more playable, and changes based on being an annoyingly overpowered game breaker (i.e. Celerity).

Those changes based on balance and play testing would be Animalism, Dementation, Dominate, Obfuscate, Obtenebration, Presence, and Thaumaturgy. Most of these are "tweaks"--like having Dominate 1 actually require a roll, and giving Animalism something a bit more cool at level 3--not to mention giving Gangrel and Nosferatu some kind of "social power" which the rest of the Clans all have. Also, Obfuscate in 1st was just odd, and I can see why they changed it. Level 2 let you vanish, but gave no indication for how long or what it meant that you were "vanished." Swapping the Level 2 and 4 powers makes it more clear what you can and can't do.

As an aside, I've never had any player actually attain Level 3 in Animalism is any game of Vampire I've ever been in. It's a damn shame, Next time I get to play (rather than run) vampire, I think I'm going to want to give it a shot.

Also, Thaumaturgy went through a lot of changes, and it's clear the designers were struggling with ways to make this work. For me, doing this overview has shaken a lot of preconceptions about the game. Last time someone played a Tremere in one of my games, I forced them to follow the 2nd edition rules for Thaumaturgy, but upon closely reading 1st I realize that this isn't the "original" way of doing things, and isn't even the "best" way. In fact, I now think 2nd's is probably the least effective method of handling this discipline. 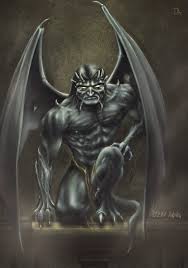 The second set are those like Melpominee, Necromancy, Obeah, Obtenebration, Quitus, Temporsis, Serpentis, and Visceratika. Pretty much all of these were originally developed for "NPC" Clans--those that the players weren't necessarily supposed to play, but were instead meant as foes or enemies. As such, a lot of the tweaking is to make the Disciplines slightly more fun to play around with, and to let the player do a bit more with them. Like, Obtenebration--the original Level 4 is neat for a foe, as it allows them to mess with the players minds and perceptions, but isn't terribly interesting if you're the one using the power. Getting a "war form" (something Serpentis also gains) is a lot more fun.

Finally, you have Celerity. This Discipline, much like Thaumaturgy, went through the most changes. Unlike Thaumaturgy, it wasn't an attempt to more fully bring it to life, but instead obviously an attempt to balance it all out. V20 seems like the "final take" on this, combining the aspects of 1st and Revised. I know a lot of people, Storytellers as well as players, have issues with Celerity, as it does provide an amazing benefit in combat. Personally, I've never had a major issue with it. Most of the "open" conflicts in my games tend to be against mortals, and so it doesn't bother me if the character can storm a place and shoot everyone up.

Let's say the players need to get an item from a ruthless gang headquarters. The Toreador may go with dual guns and take everyone out, and that's fine. I mean, I'd let the Malkavian or a Nosferatu Obfuscate their way in and pick it up without killing anyone. The Gangrel could fly in as a bat and grab it. Or, hell, the damn Ventrue could walk in with Presence and Dominate, convince the gang leader to give him the item, explain where they got it, arrange a meeting with their boss for the Ventrue and his coterie to crash, hidden orders to call a special number weekly and explain all the latest news from the street and what the gang is up to, and after all that the gang leader would be CERTAIN he got the better end of the deal.

So, yeah, go ahead in with guns blazing; it's actually less of a pain in the ass for me.

But, if you do have a lot of vampire on vampire physical conflict, I can see how Celerity could be an issue. Like I said, I think V20 probably has the best take on it of any edition. I do wonder though, how much did 1st inspire their take on it in V20? I mean, the creative team has changed completely (and multiple times) since 1st, so I don't know if they have ever played or, hell, read 1st. Was this a house rule or other idea that developed independently? Did a few of the members have 1st and been using that rule for a while in a home game? Did they go through all the edition before making their final take on it?

Is it worth going through the various forum posts, blogs, and tweets about V20 to figure this out?

Nah, probably not. But, like the rest of these comparisons, is kind of fun to think about.