I don't get to play nearly as much as I would like. It's a side effect, I suppose, of where I am in life right now. Married, young children, etc., etc. It's a fairly common complaint for many of us slightly older gamers (SLIGHTLY! I'm not that old. I mean, Vampire Revised only just came out...aw, crap.). I'm lucky if I can squeeze in a game a week, and that's including playing online.

Of course, when I do game, I'm generally running the games. Now, I really enjoy running games, but sometimes I want to play. Even worse, those games that I most want to play are also the ones where I've become the default or only Storyteller that I know. I mean, I can generally find a game of D&D pretty easily, but Vampire? I haven't been able to PLAY in a game of Vampire for going on roughly 7 years now.

So, I decided to try out Solo Roleplaying. I first heard about this idea on G+. I forget how it caught my attention, but there's an excellent Community over there (Lone Wolf Roleplaying) that has really inspired me. Essentially, the role of the Storyteller is replaced with a "GM Emulator"--some sort of randomizer that answers question, inspires ideas, and keeps the game moving and unpredictable. Most skills and combats are resolved as one would using whatever system you like; the Emulator is there to keep things moving and a bit chaotic. Obviously, without a proper GM/Storyteller present, there are some issues. It would be laughably easy to "power game"--but why? I mean, you would only be cheating yourself. You could also "game" the system by asking certain question and giving them unreasonably high chances--but, again, why?  Finally, most of the actual "role" playing will happen in my head--I can't talk my way out of a situation, I need to rely on my characters Charisma+Leadership. The fun comes from me explaining and interpreting the dice results.

This all may sound a bit odd, but, hey, in addition to my love of Vampire I'm also something of an "old school" kind of guy, so random charts and tables and letting the "dice fall where they may" is something I love. It may be terrible, it may be awesome, but I just want it to not be boring.

So, my plan is to run myself through a session of Vampire. I'll hopefully do more, assuming that it's awesome. Or, you know, hilariously bad. For my base rules, I'm going with 1st Edition.  After comparing the various editions, I realized that I had never really understood 1st, and want to dig into it a bit. There's some oddness to it, sure, but I really want to give the Frenzy and Derangement rules a go.

I have a couple of other books I'll use for rules and ideas, but I really don't see this as a "mechanics heavy" kind of game. The ones I have set aside are: 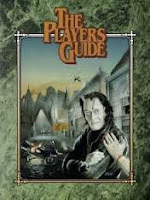 The Players Guide in case I play a non-standard clan or just want to do something a bit unusual. 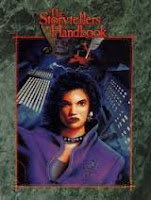 The Storytellers Guide for NPC's and general ideas. 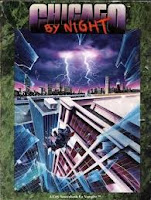 Chicago By Night in case I need NPC's. I'm actually not committed to this setting, despite my love for it.  In a normal Vampire game,  I would spend quite a bit of time doing research and coming up with Themes and Moods and NPC's that reflect these themes, settings, and the characters. For this, I kind of want to see what type of setting emerges from the randomness. If, however, nothing does, or if I need more, then Chicago by Night is ready to step up and fill in the gaps. 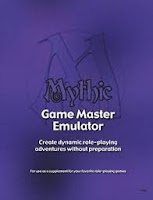 The Mythic GM Emulator will be handling the heavy lifting of being the Storyteller for this go around. There are number of options out there, many of which use Mythic as their base or inspiration but go their own way. While Mythic uses tables and charts, others use cards or dice.

Finally, in the spirit of randomness, I'm going to do something I have never done in Vampire--I'm going to make a random character! Several months ago, I picked up a used copy of the Masquerade Players Kit. While not a huge LARPer myself, I did admire the fact that it had a random Prelude rule set. I really enjoy random backgrounds and traits, and I'm still waiting for the Central Casting reprint Kickstarter to launch. In the next post, I'm going to make my character using these rules, and then we'll see what kinda of trouble finds our heroic, if lonely, vampire.