When we left Andrei, he was out on the Hunt. However, something Interrupted him. I roll for random events and get "Introduce NPC" "Praise" and "Success." Rolling for the NPC, I end up with Nathan, a particularly sociopathic Kindred, with an abiding goal of slaying every last vampire in the city. Though, in the meantime, he is playing the various factions against each other. Andrei rolls his Politics, and does recognize the terrifying Nosferatu as one the Prince's top enforcers.

Nathan is initially mocking of Andrei, and wonders aloud just what, exactly, he is hoping to achieve. Andrei initially assumes he means the hit he just stopped, but it's clear Nathan is referring to something else (my call, Nathan is ridiculously well informed individual, and him knowing more than Andrei about what is going on makes sense). The two engage in a battle of wits, and Andrei inadvertently slips his desire to meet Nicolai. Nathan seems mockingly impressed, but offers Andrei any help he may need. An offer Andrei has no intention of accepting.

I use the standard Hunting rules. Normally, Andrei could use his Herd, but it's still rather early in the evening for his preferred method. Two hours of hunting gives him one success, but that's all he needs. Feeding off the bums and cast offs of the city, he is able to net 9 blood points, which allows him to heal his wounds and leave him with a comfortable 10 blood pool.

Moving on to Succubus, I leave the Chaos Factor as is, as the hunting and brief scene with Nathan ended up being more or less of a wash for Andrei. Andrei is still being tailed however, so I give him another chance to notice them. He botches, and I decide that this means he will get no more rolls to spot them unless something external draws his attention. Anyway, Succubus is the happening place, and even on weeknight it's one of the most popular destinations in Chicago. 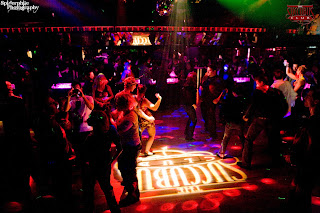 Gordon is a wealthy, full of himself, sociopathic stockbroker type. Andrei is a thug. Granted, Gordon's undead state means he has to associate with those he never would have in his breathing days, but Andrei is a nobody (Status 0). So, I make Andrei roll Charisma + Etiquette to see how well he approaches Gordon. Surprisingly, he gets three success. The two are able to chat amicably for a short time, before he asks what Andrei wants. Andrei tries his best to present the meeting with Nicolai as a casual thing, but fails his Charisma check. Gordon tells him to fuck off (his association with the Tremere is a thing few know). They engage in a Stare Down, and Gordon gets the better of Andrei.

Dominating Andrei, Gordon leads him to the Labyrinth, a maze like section in Succubus, full of shadowy corners and twisting passages, where everyone aggressively minds their own business. He tries to further Dominate Andrei, and while Andrei does his best to resist, he ultimately botches his Willpower, and falls completely under the spell of the Anarch.

Since Gordon has a Dominate greater than 3, Andrei has no idea what happened after they went into the Labyrinth, what was asked, answered, or anything else. I move onto the new scene.

That was a rough bit for Andrei, and so the Chaos Factor increases to 6. I have no idea what Gordon Dominated Andrei to do, so I roll for a random event--not even bothering with worrying about interrupts or the like. I get "PC Positive" (FINALLY), "Violate" (uh oh) and "New Ideas." Well...with some brief though, this scene comes to mind.

Andrei gripped the cold gun closer to his side, his unliving body doing nothing to warm the metal. He should have turned the gun on himself; his life both as a man and as this...thing had been nothing more than a joke. His sister was dead, and he had caused it. Some petty vamp BULLSHIT had cost Elena her life. And now that sick son of a bitch was walking around, wearing her face, and lying to him. Making him feel like he wasn't alone, that there might be some damn hope for him, and instead laughing at him all the time.

All that was left for him now was to avenge her, to shoot that smug asshole right the damn face and then leave him staked for the sun to kiss.

He turned the corner, the Daybreak just a few miles ahead. And then there she was, walking by, completely oblivious to him. It was so obvious now..this thing didn't have her walk, her easy way with people, her confidence and her light. Hell, she didn't even look right, more like the college grad she had been years ago, before everything went to shit. It was a dark, hollow thing pretending to be her. He twisted the wheel and harshly parked the car in front of her.

"Hey brother" the thing began, as Andrei put one bullet precisely between her eyes. It crumbled. And then...and then Andrei realized just what he had done. Tossing the weapon away, he rushed to her side, pulling her body close to him, turning to look into her eyes, and seeing...

The Nos had of course followed the Brujah to the meeting, and neither Andrei nor Gordon had any hope of noticing him. Unwilling to loose this interesting lead, he had decided to help out, by taking Elena's form (he of course picked Andrei's wallet at their first meeting, and the photo of her in it was an old one). Once Andrei had completed the job Gordon gave him, the Dominate was broken. Andrei is enraged now. He asks Nathan to get Elena out of the motel, but Nathan wisely point out that she'd be safer moving during the day. Still, Andrei asks Nathan to go keep her safe, and also calls on his friend Victor. He's not taking any chances with his sister.


This really didn't go well for Andrei, so I increase Chaos Factor to 7--it was only through an NPC that this didn't end as a macabre tragedy. He rushes back to Succubus (no interrupt), looking for some payback on that smug bastard.
He reaches out to his police Contact Michael Finn, and once Andrei mentions that Elena could be in danger, Officer Finn has a BOLO put out for Gordon's car. I roll Contacts to see how effective this all, and net 3 success. The car is found fairly quickly.

Chaos Factor drops to 6, Andrei is back in the game. Until an Interrupt hits--"Move Away from Thread," "Neglect," and "Fears."  The Thread he's following is to meet Nicolai, and his main fear is his Claustrophobia from his youth. In 1st, you can spend Willpower to resist a Derangement for one scene. So, Nicolai and Gordon are meeting in an underground cave in one of the parks. If it wasn't for his sister, Andrei wouldn't set foot in such a thing. Of course, if it wasn't for his sister, he wouldn't have been claustrophobic, nor would he had been out here in the first place.

The irony, alas, was lost on him.

Andrei's stealth is good, but there's no way he's creeping up on someone like Nicolai. The Tremere leader notices his approach, and uses Movement of the Mind to crush the passageway with Andrei inside. This is too much for him--he rolls his willpower but fails, losing consciousness as the earth closes in around him.

Once again, he's captured by someone with ridiculously high Dominate, and Andre's willpower is not up to the task. I give him a few rolls but, no, he's not going to win this round. 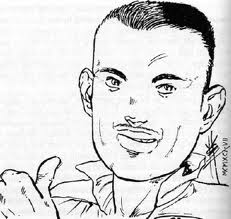 Andrei comes to in the park, the cave nowhere to be seen. Next to him a young, well dressed black man, who introduces himself as "Marshall" (Politics roll...Andrei knows him from hanging out with some Anarchs, but somehow (*cough* Dominate *cough*) knows to take him to see Elena.

Things didn't go well for Andrei, but he is advancing his goal. So, Chaos Factor drops to 5. Roll for interrupt, and get 1. "NPC Positive," "Advance" "Stalemate." Rolling on the adventure character list, I get Nathan. I arbitrarily declare that he found some key info that will help his war against the other vampires, but it will take time for him to utilize it.

So, Marshall and Andrei head to the hotel for the big meeting. Elena believes that this is Nicolai, a mistake Marshall does nothing to correct.  She knew that Nicolai was young, but not so handsome and dashing. She is initially flustered, as she certainly wasn't planning to meet with him HERE, at the Daybreak, and her presentation isn't set up. The vampire calms her, and asks her what can he do for her. She speaks highly of "his" work in funding non-mainstream science, and his willingness to look beyond the possible.  They speak of bizarre topics that Andrei can't even hope to follow along (Science and Occult are not his strong suits), before the conversation comes to a lull. Marshall is well aware of how little night is left, as are all the undead in the room, and finally asks what help does she need.

She knows about Andrei, and is seeking a way to help him, and others so afflicted. Her Mage allies won't follow her down this path, so she sought out the slightly mobbed up/dirty billionaire with an affection for fringe science and long-shot research. She truly believes she can help her brother, but all the audacity of what she proposes leaves all the Kindred in stunned silence.  I end the adventure there.

There's a few follow up questions though.
So, now a rogue Mage is going to work with the Tremere to find a way to synthesize blood. Any vampire who controls such knowledge would have an amazing advantage, and this could permanently change the entire world of the undead. Some would hoard such knowledge for themselves, freeing them of the need for mortals and the dangers they involve. Others would see it as a way to "step out of the coffin" and live openly with mortals. Some would view as a mockery of their existence and destroy it out of fanatical spite. More would simply destroy it to keep it out of hands of those who MIGHT abuse it.

And then there are those like Nathan, who see the beginning of the end for all vampires, if only he can play his cards right...