Scene 4
At the end of the last Scene, Hanson was dumped into the sewers, after being beaten to near death by Cora. She fed as best she could from the rats that crawled around her, barely sustaining herself. At dusk, she crawled out and fed as best she could. Each victim gave her more strength and helped her to heal. Finally, she made her way back to her apartment, grabbed a quick shower and a change of clothes. Gina was of course worried for her, and Gypsy has left multiple messages. Hanson placated Gina, and ignored the phone calls. She grabs a good-sized satchel to complete her ensemble, and disconnects the sawed-off shotgun she keeps under desk and stashes it in the purse. She’s not sure when, or if, she’ll run into Cora again, but she’s going to be ready.

As Hanson took a “Rest” for the last Scene, allowing her to heal all her wounds, and replenish her Blood Pool and all spent Willpower points. The still-unknown Opponent, however, gained a Victory Point. They currently have 2, while Hanson has only 1. She needs more information, and her goal for the next scene is:

Trick an Actor into revealing a Clue. Roll a die; on an odd result, you face a Fight whether or not you succeed on the check.

For the Actor, I relied on a “Human Oracle” through the LoneWolf Group and got the following:

A Malkavian who is totally disconnected with reality, but is immensely potent in Auspex, although it's largely uncontrolled. He acts out a mishmash of all of the constant input he receives from thousands of minds he uncontrollably reads.

She needs to convince the mad man to help. This is going to be tricky. The Social Threat for this Story is 5, which means a base difficulty of 10(!) for Social rolls. Oh, I also didn’t know WHERE she would be meeting this scene, so I rolled on Covetous Poet’s Horror Location chart and got Memorial. 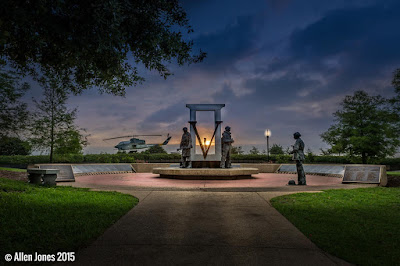 All right, Hanson has to convince Samuel to leave his protective park and come with her to the hustle and chaos of the city, back to the bar where she met Cora, and get him to “read” the area, to pick up all that he can.  Before she begins talking to him, I need to find out if a Fight is going to break out. I roll a d10 and get a 2. Even, so no fight is guaranteed to break out in this scene.

Hanson has failed the challenge again, and her Opponent automatically gains a Victory Point.  In addition, as this was an Investigation Scene, the Opponent gets to roll against the ongoing Count and gets a 4. She really needs a Conflict scene to start chipping away at their total, but she also needs information. I decide to go with another Investigation Scene. Here’s what she’s facing next:

Be waylaid by a hostile Actor with a Clue. Face a Fight instead of a check.

Good. Hanson has some frustrations to work out.