Random character creation is pretty antithetical to Vampire, in all honesty. The game values deep and nuanced characters far more than disposable volume, and as such each character, both PC's and NPC's, are meant to be built with care and consideration. Also, the mechanical aspect of character creation is so damn quick that, once a character is conceived, it takes only a few minutes for even a new player to fill out the sheet.

Given that, why would I bother with random creation at all? Well, for a few reasons actually. The first is the search for inspiration. Sometimes you want to make a character and don't yet know who this character will be. In the past, I've used some different tools to help me figure out who the character is, using tools like Central Casting, the "random Preludes" of the Masquerade Players Kit, and the Universal NPC Emulator. All have their virtues, but I wanted to try something different--instead of coming up with a character and their background first, and then worrying about the mechanics, I wanted to focus on the mechanics first, and see what they tell me about the character. Secondly, with the start of my new Ravenous game, I feel the need to come up with a host of different characters for the PC's to interact with and oppose on a regular basis, though they may only feature in a session or two. As such, having a tool to make unique NPC's is certainly helpful.

Finally, I find rolling on random tables and seeing if I can make sense of the results freaking fun.

Given that, here's my current, rough system for creating a random vampire character. Couple of caveats first, obviously. 1) This system assumes modern day America, and a generic "America" at that. Different cities, let alone different countries, will probably need different tables. 2) The system is designed around "base" neonates, which means Camarilla. A Sabbat or Independent game will need different values, of course. 3) Like any random system, it's more an art than a science. 4) If, in any case, one has a set idea in place, then go with that idea rather than the tables. For example, if I'm creating the sire for a Brujah character, then that sire is, by definition, a Brujah. No need to roll. 5) This really hasn't been playtested yet, so it will probably be a bit clunky at first, and will likely be modified over time.

Oh, and also, I really, really TRIED to make everything work with the d10 framework, but I just couldn't figure out how to fit Archetypes into that math without ending up with just screwy results. So, the tables use other dice. If you don't have them (what, you don't have a d24 laying around?), best to use an app of some sort. There's a number of them out there, but I tend to default to the one provided by Wizards of the Coast (here). If anyone understands statistics, and wants to give me some pointers, they'd be appreciated. I really don't want a "bell curve" though.

Finally, the system is not statistically sound, nor meant to accurately reflect real world numbers. For example, Gender is determined on a straight male/female dichotomy, and as such is meant to reflect their assigned at birth gender. For those that are outside this dichotomy, the player or Storyteller will need to make that decision on their own. Basically, I'm not great at math, and fitting in a less than 1 percent result in a system with 1-10 odds was beyond my ability to calculate accurately.

With no further ado, here's the system.

Unless specified otherwise, all results are generated with a 1d10 roll.

I assume that vampires prefer childer to be "young adults." They are still young enough for the beauty and passion so many crave, while also old enough to have had sufficient life experience that the responsibilities of being undead are understandable. In addition, with some light makeup and the right fashion choices, it's possible for a 28 year old to pass as everything from young twenties to a "youthful looking" 40 without drawing too much attention--a key trait when one must maintain a personal Masquerade. This is far harder for those younger, but passion and circumstances still necessitate a wide range.

Honestly, I'm not happy with these results. I'm basing them off of the Census, but it just gets too fiddly with the all the possibilities.  For example, here's the chart from Wikipedia. 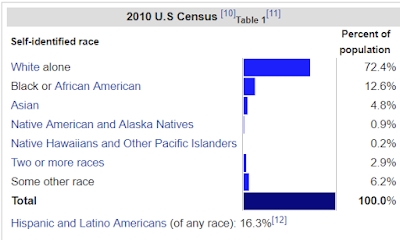 And that's just the "top end." I feel like this will probably just be scrapped.
Step 2 Concept


First, roll to determine Nature (who the character truly is) then Demeanor (how they behave) on the following tables,


Next, roll Concept, who the character was as a mortal:
Finally, determine Clan.

Step 3 Attributes
First, roll to determine the Primary attribute category: 1-3 Physical, 4-6 Social, 7-9 Mental. Reroll on a 10. After that, roll for the Secondary category (1-5/6-10), with the remainder being Tertiary.

Second, determine priority within the attribute category. For ease of use, I call them Attribute 1, 2, and 3, based on the order in which they appear on the character sheet. The default assumption is that characters evenly spread their Attributes out (so, for a Primary category, the results would be like 4, 3, 3).

For the Primary Attributes (7 points to spend) roll to determine the highest attribute, and place 3 points (for a total value of 4), with the remaining points spread evenly among the other two attributes: 1-3 Attribute 1, 4-6 Attribute 2, 7-9 Attribute 3, 10--something different.

On a 10, assign 1 point to each of the three Attributes. Then, roll on the list above for each of the remaining points. Reroll on a 10.

Due to the number of Abilities, there is no system for randomly determining them. They should instead be based on Concept, Archetypes, and Attributes. For example, if a character has Physical for primary Attributes, but Knowledge for their Primary Ability, one should place at least a 1 in Athletics to reflect their "gym rat" status.
Step 5 Advantages

Calculate Humanity (Conscience + Self Control) and Willpower (Courage). By now, you should have a good sense of who the character is, and what they're after. Spend the 15 Freebie Points to round out the character, and fill in any gaps.

Wait, is this really any faster? Not really. If you have a strong idea for a character, it can be a lot quicker to just fill in the various dots and go.

Is this for all characters? Probably not. Heck, most NPC's in my game don't even have stats, and I just assign as needed if/when it comes up.

The results don't make any sense! A common concern with any random system. But, sometimes those nonsensical results can be great fodder for characters. WHY is this character this way? What caused them to have THESE Traits, despite having nothing else that would support it. It's often in the weird results that most interesting characters can emerge.

Whatever, I still dislike some of the results. Ok, change them. The point of this is to, through randomness, come up with unpredictable and unique characters. If they results really don't mesh (say, an anti-social fool with a crazy high Influence Background), and you can't find a way to make it work that appeals to you, then change it.

Hey, this can't make a 1,000 year old Elder! Eh, it kind of can? I mean, its designed for modern day neonates, but with a bit of a change it can probably handle it. This is just a test run--once I get the baseline working, and if I really like it, I might try to add in more complexity, to allow for a wider range of characters.

Ugh, what the hell did I just read? What is the point of all this? Again, just a bit of an experiment to help me come up with some, hopefully, cool and interesting characters I might not have thought of on my own. It might not work, and need some tweaks. Or it might not work at all...it's just an experiment for now.