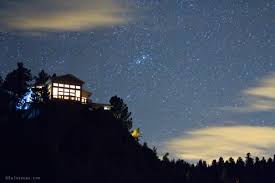 Terry is in a position to, hopefully, surprise and intimidate this associate. But, at this point, we don’t know this person is! So, let’s find out.
Read more »
at February 22, 2018 No comments:

Deirik, Eirik, Ygvard, and Boldulf, alongside their friends Kiro the hobgoblin and Sergei the (horse-sized) wolf, return to Alucard and report to Lord Krogan what has occurred in Rulla. They also show him the dagger they removed from the well.

Ygvard mentions, "The dagger's hilt is empty, but it must've contained some type of poison or chemical that would not only kill the townspeople, but turn them all into Fell. I don't recognize the substance though."

Deirik quickly interjects, his hatred plain on his face, "I'm sure it's NO COINCIDENCE that this happened in the town just beyond the border you share with Torvald."

Krogan thinks it over for a moment, "I'll need more proof than a shared border to act against Torvald. In the meantime, we need to go clear that town before they spread further and kill more of my people."

With that, the Men of Mjarn accompany Lord Krogan and a large contingent of his orcs and hobgoblins to Rulla to eradicate the Fell menace. It takes little time at all, and, once cleared, the town is picked clean by the Men and the army of any goods of any worth. Afterwards, they all return back to Alucard just in time for Winter to set in. 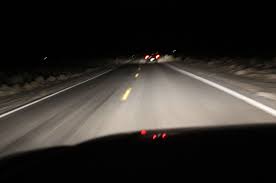 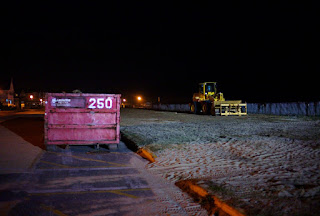 The prompt for this scene is:

Stake out an Actor or Location. Whether or not you win the check, your opponent gains a Victory point due to delay.

As a Nosferatu with Obfuscate, it’s pretty easy for Terry to stakeout a location. So long as he’s in a shadow he is, for all intents and purposes, invisible. But, there’s still the question of him picking the right spot to see, and maybe hear, what he needs to see. So, that will be his challenge for the scene. 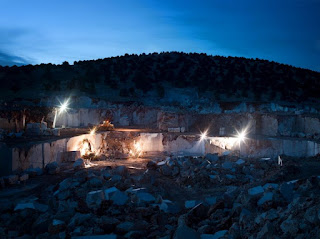 Session 0 for A Simple Plan

Last time, we created the character of Terry. Now it’s time to figure out what the world has in store for our poor Nosferatu. For this, I’m going to bring in some additional tools, specifically the Storytellers Handbook.
First, I roll for Theme and get a 6, for Pursuit. Rolling on the subtables, I get an 8—“A new witch-hunter has come to town and has managed to find out something about the character.” Huh, guess Terry’s going to have to come to grips with his nature real fast then, won’t he?

I also wanted to make Backgrounds more of an element in the story. Rolling on those tables, I get a 9, for Resources. Rolling on the subtable, I get a 6, which leads to “Unless the character takes prompt action, she will likely suffer a great loss of Resources.” Maybe the hunter is doing the old “follow the money” play book?
I think I have a pretty good setup for a story, but I roll on Scarlet anyways, just to get some inspiration. I roll a 2 and get
An Antagonist seeks to steal something precious to a Target

I’m not sure how that fits with the Witch Hunter element, but let’s see what else we can get.
Read more »
at February 08, 2018 No comments: 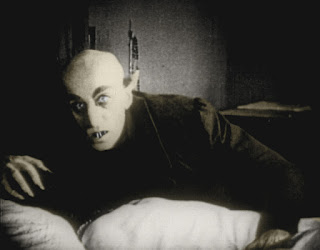 With that out of the way, it’s time to focus on our new PC. I know a few things going into this. First, per request, the character will be of the Nosferatu Clan. They are a particularly loathsome breed of vampires, whose appearance is uniformly revolting and horrifying. Secondly, I want the character to be somewhat different from Hanson. If Hanson is the classic pulp “tough as nails” P.I., I want this character to play and act as something else. Not sure what, yet, just not Hanson.
Read more »
at February 07, 2018 No comments:

With the A Lonely Hope story having come to a close, I'm thinking about where I want to go next in my Solo journey. I definitely enjoyed the heck out of playing Hanson, but there were some growing pains involved in it. The "Scarlet Rules," as a base line, worked out pretty well I thought. Though I did run into some issues with the Threat element of the mechanics.

Now, these rules are of course taken from Kevin Crawford's Scarlet Heroes, an excelled OSR style game. In those rules, Threat is, roughly, related to the character's level. Well, that may not be entirely accurate, but it's close enough for now--I recommend checking out the book on it's own, as it's really an excellent game in its own right. The point is, for my game, I altered how Threat was determined and utilized, to better reflect Vampire and how its mechanics are implemented.

My changes worked decently, but not wondrously, so I want to tweak them a bit. One of the challenges is that Vampire is not a strict level-based system. And so judging challenges and risks is far more of an art than a science, and is entirely subjective based on the character in question. A bad ass Brujah might dominate in a given fight, but fail miserably trying to convince someone to change sides in a struggle. A highly social Ventrue might have the exact opposite problem.

So, instead of assigning a fixed die pool or difficulty derived from Threat, I've decided to use it as subjective guide compared to the character in question. Threat values will still be determined by 1d10, divided in half.

I think this setup is a bit more useful and accurate to the play style that I ended up using. It still allows for extreme danger, as there are times when "Threat +2" comes up as an option in the charts. This at least gives the PC a chance to succeed.

I originally thought of using "2" as the baseline for the levels, with 5 being extremely better than the PC, making for some really intense challenges. But, the +2's still have their place in such cases. Also, in theory this should give each Story it's own flavor--in Story A the Physical Threat is minor, but the Social one is rough, while in Story B it's the Mental Threat that's the real challenge. It's possible that there will be times when the Threat is low across the board, but not every story needs to bring the PC to the point of death, and a less lethal story can still challenge the character morally and personally. Also, in such cases, the minimal experience gained should help balance them against the more extreme stories.

Or, maybe I'll throw the whole thing out and start from scratch. We'll see.

A Lonely Hope was a Solo Vampire: The Masquerade I played between October 2017 and February 2018. While I have done Vampire games before, A Lonely Hope was a bit of an experiment. For this game, I combined the "urban adventure" rules from the Kevin Crawfords Scarlet Heroes game with Vampire. The result, while rather scatter shot, did end up creating a pretty tense and thrilling pulp-style game.

Scene 13
In the last scene, Hanson scored a victory and was able to capture one of Adrian’s pawns and bring her to the Prince for questioning. After the raid, though, the city is still on edge…

Deirik, Eirik, Ygvard, and Boldulf, alongside their friends Kiro and Sergei, steel themselves for the fight to come. With sunrise not too far off, the Fell are going to make their move. With reckless abandon, arms and legs flailing, the Fell race towards the long-hall in which the Men have decided to make their stand!

The men wait in the dark, as they have for the past few hours, hearing the rain growing louder as time has gone on. The Fell build up in a huge mass surrounding the long-hall, clamoring against the walls trying to climb up and once again creating ramps of themselves. While they may only have three flasks of oil left, the opportunity won't get much better to affect as many Fell as possible as this one. With that shared thought, Kiro removes a flask from his pack and Deirik goes to light a torch. In the faint light provided by the sparks of flint, Ygvard focuses his eyes and notices something. The amount of dust in the air from all the activity on the roof, but more than dust, there's a mold that's come floating down, has created a dangerous situation.

Ygvard races towards Deirik and starts to say, "NO, WAIT!", but he's too late! The longhall EXPLODES as the dust and mold spores ignite from the flame! The Men are flung in all different directions and inhale unsafe amounts of burned, toxic mold.