Terry is in a position to, hopefully, surprise and intimidate this associate. But, at this point, we don’t know this person is! So, let’s find out. 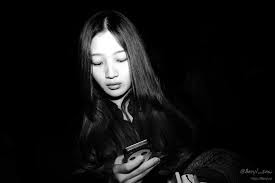 NOTE: when first playing this, it immediately turned into a brutal fight scene with Steve. But that took the focus away from Leah, and the challenge of the scene is Social, not Physical. So I took a mulligan and went back to when Leah came out of the bar, turning Steve from an assassin there to kill Terry, to a spy there to confirm information. Yeah, I probably should have played it out, or probably not admitted that I "cheated," but there you go.

Leah may have no idea what is really going on, or what Terry is, but she is a smart and resourceful woman, and this will not be a push over scene. I actually go ahead and make her a full sheet, even though I don’t bother with her freebie points. If she shows up again, I’ll assign her freebies then. 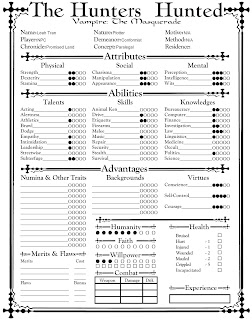 Terry has successfully completed the challenge for this scene, and thus gains 1 Victory Point. As this was a Conflict scene, Montrell loses one as well.  I’m not exactly sure what information Leah was able to provide for Terry—most likely it refers to her work with the law firm and what they know and all that. More importantly, whatever she told him will lead to the next scene. I decide to go with an Investigation scene and I get:

I figure this will be one of the partners. In fact, probably the partner who was Montrell’s guy at the firm. After Terry’s break in at Vulcan, he took an unscheduled vacation. Terry is going to both need to find him and get him to talk. But, that’s a challenge for next time!