I settle down in a small town in Cisalpine Gaul, just outside of Turin. I begin work on an odd church, and the locals are fascinated by it. They believe the deep cave within it harkens to the Holy Sepulcher. They may be right, but for me its call is older, and darker.
Yeah, he’s basically building a Christian version of the Lupercal from his earliest nights, though even he does not know why. At this point, I begin to think that Lucius might legitimately be mad.

A Mortal you trusted, or one of their descendants, leads a hunting party. What secrets had you told the Mortal which they used against you? Check a Skill. Create a Mortal if necessary.
My bizarre work draws the attention of Church authorities, and soon a monk, Andreuccio by name comes. He claims to know who I am, as stories of me were passed down his family line. I am forced to flee into the wilderness, my familiarity with the wild places keeping me safe from the hunters.
I decide that Andreuccio is Pelias’ great-great-whatever nephew. Tales of the ancestor’s seduction by “the Devil” are told by the family. He thought they were just family folklore, until he met me.
While I didn’t even know Pelias had a family.
Next, I roll an 8 and a 1, for 7. This leads me to 60.
Check a Skill to avoid arrest as a criminal. What happened? Who was arrested in your place? Create a Mortal if necessary.
The land is becoming civilized again, and the wild places are filling up. I am accused of being a sheep-thief and a common brigand. I am able to turn the tables on my accuser, Rudolpho, claiming that they are heretics and involved in foul witchcraft.
I check Heretical Teaching, and pin the blame on an innocent and locally prominent man, Rudolpho. It is also time to create a memory. I decide all of this happened sometime in 11th Century or so.
I wandered for centuries as the “dark monk” spreading heresy and corruption, until I had a vision of sacred space that would combine the old ways and the new. My attempt to build such a place brought me the attention of hunters and accusations of brigandry. I was forced to flee, pinning my sins on an innocent man.
I have 4 Memories currently, the most I can now have. I could start a new Diary, but truly there are few things in Lucius’ heart he wishes to recall. Instead, Lucius will forget Aurelia and her wrath. I’m sure that this will in no way come back to haunt him.
I roll again, and this time I get 1 and 3, for a -2. This leads me to 58.
Society has changed. How has travel become easier for you? Recover any stationary Resources for which you still have a Memory, they are re-added to your Resource list.
Honestly, I think the changes to society are making Lucius’ travels more difficult. The only Memory I have that is even remotely tied to a stationary Resource is the bloodcult he briefly enjoyed with Semnai. And that doesn’t really feel right. I leave my Resource as is, which is none.
Rolling, I get 10 and 2, for 8.  This brings me to 66.
Your knowledge is outdated. Check a Skill which is now useless.
I get rid of Visionary; whatever madness that so inspired him is now gone.
Next, I roll a 7 and a 4, for 3. This brings me to 69.
You and an ancient enemy Character connect over your shared past, finding in it something more comprehensible than this modern world. Check a Skill. You become friends. Share a Resource, have a Resource shared with you 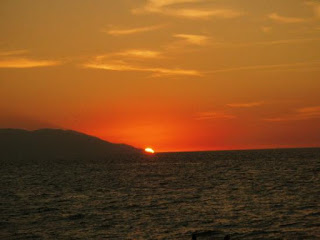 One night, my journeys bring me to southern Italy, and I enjoy the sounds of the sea for the first time in centuries. As I embrace the sound, I am suddenly attacked. She is a creature, like me, though appears young and beautiful. We fight for hours, until, exhausted, we are forced to talk. She had a book, a diary like I used to keep, claiming I was her enemy. Neither of knew why this should be the case. We talked more, she told me name was Aurelia, and we bonded over our alienation from the world. I told her what I knew of hiding amongst the mortals, and she shared with me some of her ancient wealth.
I change Auerlia’s entry from “bitter enemy” to “friend." I check Masquerade and add Ancient Silver Coins as a Resource. I don’t have a Resource to share with her, unfortunately, but since I passed on one I could have gotten earlier, I think it’s fair. Encountering Auerlia has restored some of Lucius’ waning humanity, and he begins a new Diary.  I move his recollections of his darkest wanderings to the diary, as he begins to forgive himself for his acts, while still seeking to remember them as a form of penance. I add his meeting with Auerlia as a Memory.
Here is the latest character sheet. With some alarm, I note that the only two Skills I have left are “Bloodthirsty” and “Street-Fighting.” I feel like the future is going to be violent.